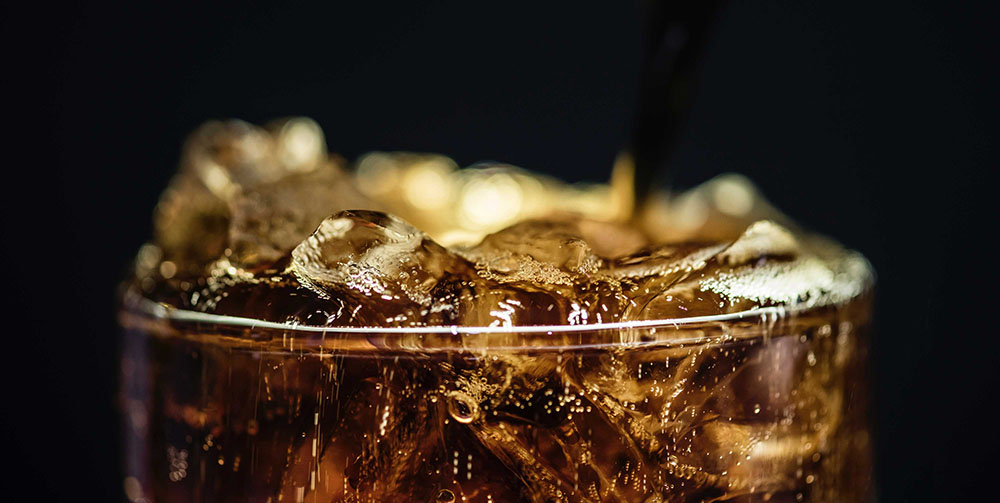 In our last logo design case study post we looked at The UN Logo and shared some thoughts and ideas about it.

“The Soda Wars” have been raging for well over 100 years and the argument of “Coca Cola is nicer than Pepsi” or vice-versa is older than the hills. People have different palettes and like different things. 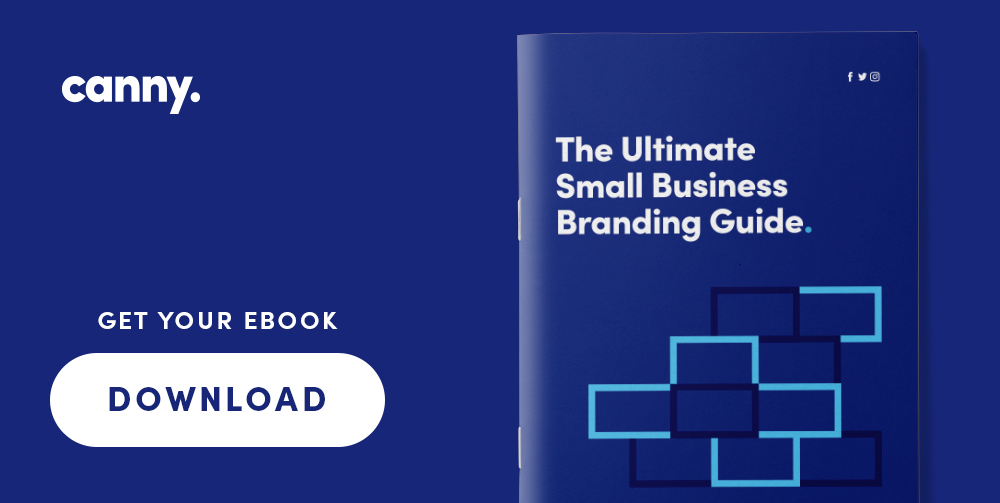 That argument can never be settled.

Something that can be settled though, is why Coca Cola have consistently trumped Pepsi in the soda market.

Now, we’re not talking about who makes the most money overall. Both Pepsi and Coca Cola are huge corporations with a lot of other brand names under their respective umbrellas. We’re simply talking about cola and cola alone. “[1] PepsiCo may have brought in 38 percent more revenue in 2011 than Coca Cola. But its archrival sold $28 billion worth of soda while PepsiCo only sold $12 billion.”

I believe that where Coca Cola have succeeded and Pepsi have failed, is with their branding. For over 100 years, Coca Cola have used the same logo. The swirly typeface that everyone the world over can recognise. Sure, it’s been sat on a couple of different backgrounds and had the word “Coke” added to it now and again, but essentially, it’s been the same logo. Pepsi on the other hand, started out with a logo very similar to Coca Cola’s. A hand drawn red typeface. Over the years, Pepsi’s logo evolved and changed with the times. The 1940’s version of the Pepsi logo is great, and I wish they’d stuck with it. However, they moved on, bringing in the blue and keeping up with trends, a vital branding mistake.

Have a look at this image;

If you asked somebody to describe the Coca Cola logo, you’d probably get a response along the lines of “it’s those red swirly letters”. And on the other hand, if you asked somebody to describe the Pepsi logo, you would probably get a different version, depending on what it was like when they remember it most. Coca Cola’s branding is timeless. It hasn’t aged and it still looks great. Because Pepsi have elected to follow design trends, every several years, they have to roll out a refreshed logo design.

Some people will argue that Pepsi’s circular imagery is recognisable, and really, there’s no denying that. However, how is it remembered? Is it the circle that’s got Pepsi wrote in the middle (1973)? Is it the 1991 version of the logo with the big red tail? Or is it 2008’s slanted version of the circle? They seem to change their icon whenever the mood suits. I have to argue that the Pepsi logo would have worked better if they’d picked the positioning and secured it with a classic typeface from the word go. It could’ve been timeless, classic and iconic (all words that are associated with Coca Cola) but due to indecisiveness I feel the logo falls short of reaching that summit. 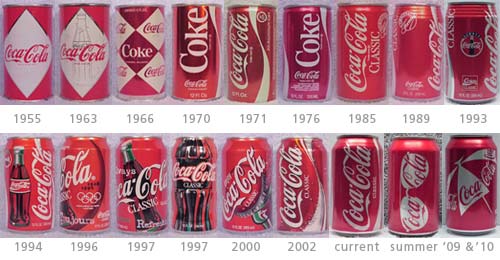 Evolution of the Coca Cola can 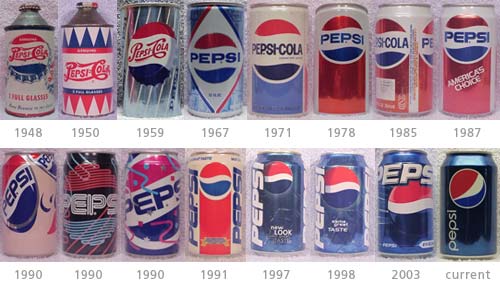 Evolution of the Pepsi can

Looking through the cluttered history of the fizzy drinks cans of both companies, the logo changes and evolutions become even more apparent. The logo on Pepsi’s first can is completely different to that on the last can. It also appears that in 1990, whoever was responsible for designing Pepsi’s cans bumped their head and created some sort of discotheque styled graphical monstrosity.

On looking at Coca Cola’s history of cans, their recognisable type based logo is ever present, as are their brand colours; red and white. They didn’t seem to veer off their track too much until between 1994 and 2000 where they seemed to get confused over whether their can was actually a bottle. However, on realising their mistake, it was dropped and in 2002 they adopted their “classic” look and it’s been there ever since. Sure, they release limited edition cans, seasonal cans and the like but that logo and those colours are always there.

There are numerous other areas in which Pepsi’s strategy has tripped up. In the 1980’s Pepsi’s celebrity endorsement strategy ran into several problems. The first being a pyrotechnic stunt gone wrong which left Michael Jackson addicted to painkillers. In 1987, David Bowie (another of Pepsi’s celebrity faces) was accused of sexual assault, forcing the company to drop their new advert immediately.

A string of other bad marketing errors, such as Pepsi’s advert that makes fun of rival brand Coca Cola, actually helping Coca Cola, lead to Pepsi seated safely in the number two fizzy drinks spot (until Diet Coke overtook them). Pepsi targeted both Santa Claus and Coca Cola’s famous polar bears in their “hilarious” advertising campaign, that actually ended up helping their rivals.

In May 2012 Brad Jakeman, Pepsi’s new chief creative officer was tasked with creating a new global campaign. He spent nine months and over $5 million dollars to figure out “Coke is timeless. Pepsi is timely.” Really Brad? It took you that long to figure that out? How is that even possible? I think I’d figured that out by the 3rd paragraph of this article, and that was before researching where Pepsi were going wrong.

[2] “You don’t need a consultancy to tell you that Coke has used the polar bear and Santa mascots for decades. The product is named “Classic.” Everything about the brand is traditional.”

And therein lies the key problem. Coca Cola have their message and brand identity, it’s the same as their logo; timeless and classic. Pepsi on the other hand, have nothing. They haven’t got that key hook to their brand that gets people. They’ve got nothing to hang their advertising from. Everything related to the brand just seems to be random. Random can be great, if done right (see – Rowntree’s Randoms). However, when random isn’t what you’re going for, it’s just a term that’s bandied about because people don’t quite know how to classify you or your product.

Just as a fun little exercise, take a look at and compare the Coca Cola and Pepsi websites; 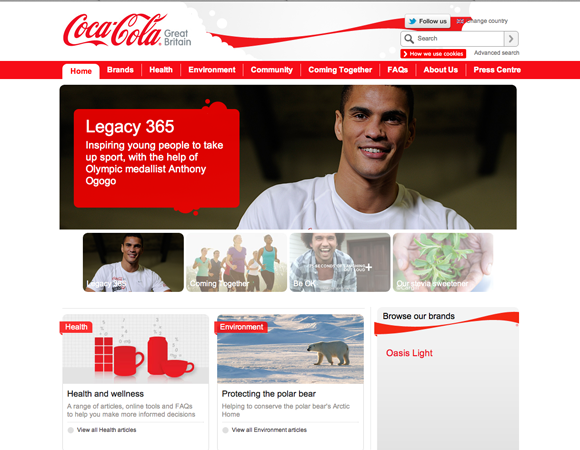 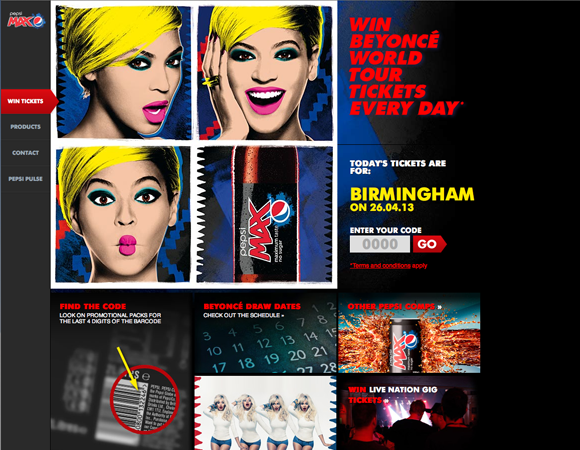 Comparing the two company websites would be another blog post in it’s own right, but I think from these two screenshots alone, you can see which of the two companies is miles out in front of their competition. I’m really not sure if Pepsi are a drinks company or if they’re selling tickets for concerts.

How can Pepsi sort it out?

They need to get hold of a concept. They need to redesign their logo, packaging and entire brand identity to reflect that.

Essentially, they need to do what they should’ve done years ago.

They need to start again and rebuild their entire brand message, or, get a brand message as at the minute, there isn’t enough to rebuild.

Do you think Pepsi are going wrong? Do you prefer Pepsi to Coke? 😉 Let us know your thoughts below. 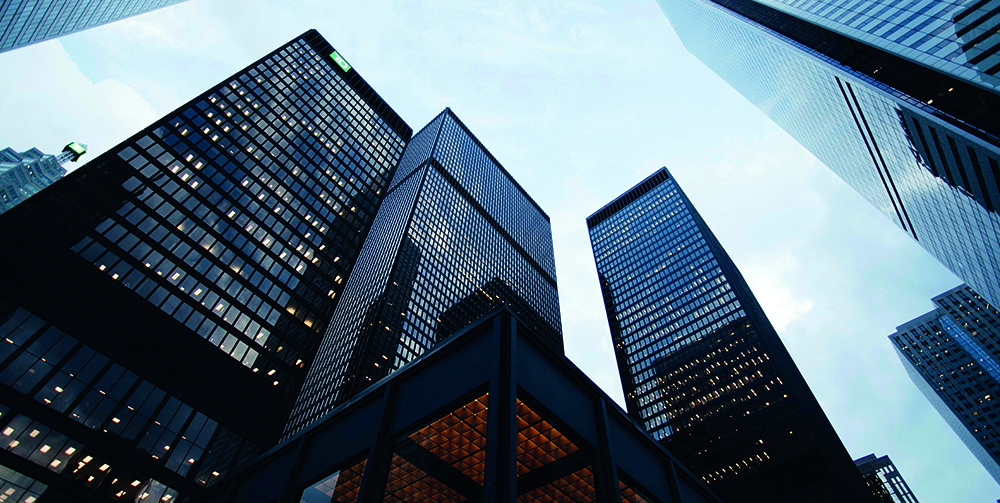 Financial Services Branding and Finance Branding You Can Bank On 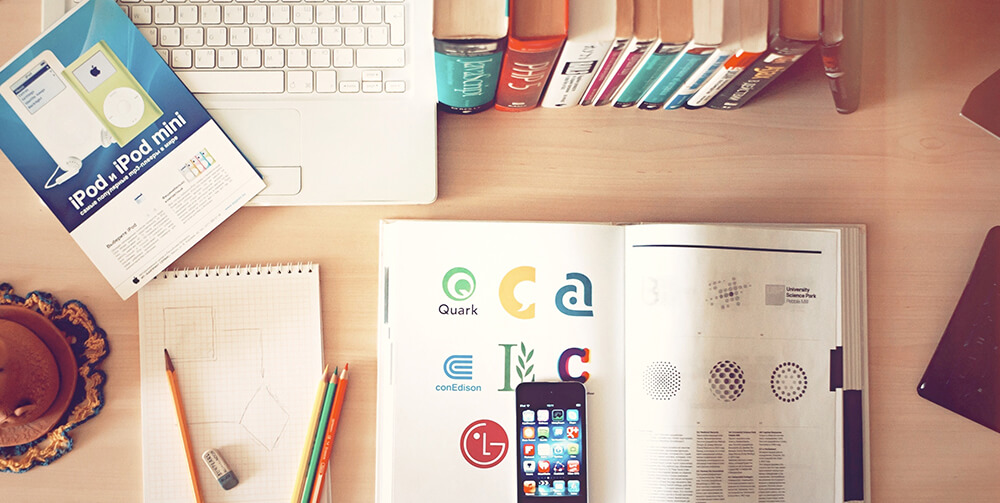 50 Creative Logo Examples and Tips to Inspire You