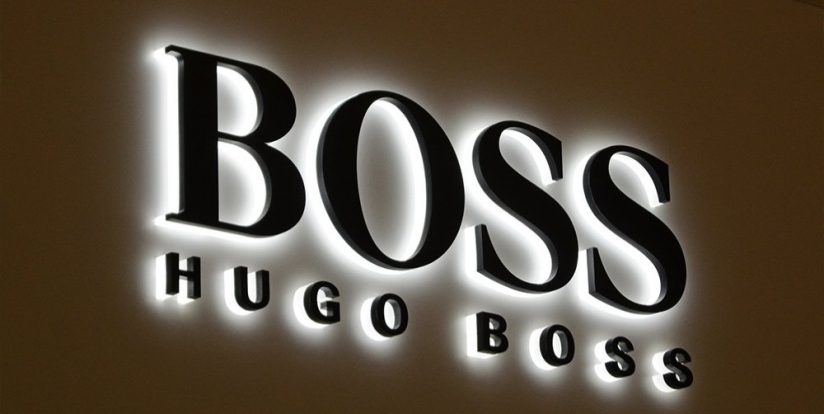 Hugo Boss. One of the most well-known brands in the fashion industry.

But did you know that Hugo Boss is actually two separate brands?

No? Me neither. I’ve always been under the impression that this was a singular fashion brand aimed at the same core demographic. Well that just goes to show how often I buy from designers!

The first thing that comes to mind when I think of Hugo Boss is plain, grey suits.

I see it as a safe, dependable brand that never really pushes the creative boundaries. I would also see this as a brand that my dad would buy, rather than something I’d choose for myself.

However, at the age of 26, I’m actually their ideal consumer (little did I know). In the words of their own CEO, the brand had become a little ‘dusty’ and was stuck in the ‘wall-street suits’ era that stopped it from ever being cool.

The solution? To split the two brands up and reinforce their separate brand messaging.

A tale of two halves ‘Hugo’ is aimed at a younger target audience aged under 25.

Products in this range are slightly cheaper, making them attractive and affordable for a younger clientele. There is also a greater focus on modern tailoring, denim, and streetwear which also ties nicely back to their target market.

In an interview with Vogue, CEO Daniel Grieder, said he wants this to be the brand that young people turn to when it comes to big life events.

“When somebody has finished studying and is starting their first job, the first suit they’re going to buy is a Hugo suit.”

However, it’s not going to be any old suit. It’s going to challenge the preconceived idea of a corporate looking blazer and tie.

Instead, it will be a comfortable piece of clothing that is flexible to the lifestyle of the busy teenager or post-grad. They don’t want to be sitting restricted in a stiff suit all day where they can barely lift their arms or run for the tube.

To accommodate this, the team at Hugo are developing a new range of products with a heavy focus on water-resistant and anti-wrinkle fabrics.

“You can sleep in that suit and you can get up and it still looks like you just put it on,” says Grieder. “This is the new definition of tailoring.” Next up is ‘Boss’; the brand aimed at millennials aged between 25 and 40.

To promote the ‘BeYourOwnBoss’ campaign, the brand featured a range of megastar influencers such as Kendal Jenner, Hayley Bieber, and Anthony Joshua – all of whom fit into the target age bracket and have a huge following online.

It’s this huge online following that makes the campaign so effective as the core marketing spend will be focussed on Instagram. As a visual medium, this makes perfect sense and get’s the brand directly in front of the millennial shopper.

Boss has also signed Khabane Lame, (the second-most followed person on TikTok with over 130 million fans) as their new brand ambassador. This further proves the superpower that is social media marketing, as having this figure heading up the brand gets the product in front of the right type of consumer.

“We saw very quickly the response that consumers had on social media.” – Daniel Grieder, CEO at Hugo Boss Mixing up the marketing strategy

Previously Hugo Boss have sold their products through their owned stores and their ecommerce website.

However, by splitting the brands up and redefining their target markets, Grieder wants to position both ‘Hugo’ and ‘Boss’ in more department stores and boutiques. This gives the brand a physical element and also makes sure they are meeting consumers wherever they might be.

“It doesn’t matter where the end consumer is buying the brand. It doesn’t matter if it is in our own store, our online shop or in our partner shops as long as they buy it,” explains Grieder.

The main priority is to find retail and e-tail stores that have customers that align with either or both of the brands.

Modernisation for the dynamic duo

The two new logos for both ‘Hugo’ and ‘Boss’ are much more clean and modern to appeal to a younger target audience – whether that’s teens or millennials.

And this shift in focus is obvious throughout the whole rebranding campaign.

From the decision to include a range of social media influences, to embracing new breathable tailored fabrics, Hugo Boss are repositioning themselves as a young, trendy, and current brand.

Gone are the days of a corporate looking suit restricted to the typical 9-5 working day. Instead, make way for a range of ultra-breathable suits, which are as fitting for dinner as they are for the office.

Their shift towards modernisation was further elevated during Fashion Week where supermodel Gigi Hadid opened the show wearing high waisted pants and a beanie. Like lots of brands over the past couple of years, Hugo Boss didn’t escape the effects of COVID.

And it’s perhaps partly due to the pandemic that the brand decided to move away from their classic range and develop something more comfortable.

Due to government restrictions, more people began working from home, yet they still wanted to look and feel smart. This means there was a shift towards casualisation as people dropped their formal dress code.

As such, there was strong demand for comfortable, tailored suits that ticked both boxes.

Furthermore, as government restrictions were lifted and bars and restaurants reopened (all hail!) young professionals wanted to go straight out and socialise straight after work. This made the Hugo suit the go-to choice.

Hugo Boss, a once staple brand for any working professional, has taken a bold move to diversify.

In order to target younger consumers and reinstate their purpose, Hugo Boss have shifted to a more casual fashion range with a heavy focus on distinguishing its two brands.

It’s very brave to separate a brand name, especially when it is so well known as being singular. However, their old brand identity was no longer hitting the mark and it was clearly stuck in the stuffiness of the past.

Their previous branding was never going to appeal to today’s modern day consumer and it was in major need of a rethink.

What are your thoughts? Is it Hugo or Hu-no? Boss or dross? Let us know in the comments below. 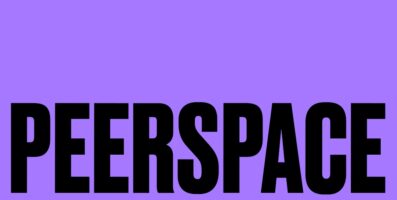 Room For Everyone: The Peerspace Rebrand Explored 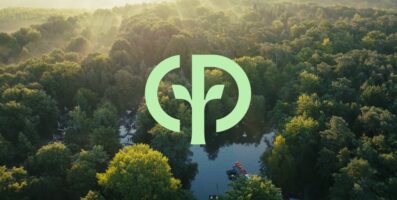 At One With Nature: The Center Parcs EU Rebrand Explored